Eli Lilly and Company has reported positive data from the Phase III study of Cialis/finasteride in men with lower urinary tract symptoms of benign prostatic hyperplasia (LUTS/BPH) and enlarged prostates.

According to the study, significant improvement in scores on the International Prostate Symptom Score (IPSS) were observed upon the co-administeration of Cialis 5mg once daily with finasteride, compared to placebo/finasteride.

The University of Texas Southwestern Medical Center Department of Urology chairman Claus Roehrborn said, “Symptomatic improvement with 5-ARI therapy (finasteride) is observed after six to twelve months of treatment; therefore, the study aimed to understand if men with prostatic enlargement experience earlier improvement of BPH symptoms when tadalafil is co-administered with a 5-ARI therapy.”

As a pre-specified secondary measure, Cialis/finasteride also improved erectile function scores compared to placebo/finasteride in men with both LUTS/BPH and erectile dysfunction at baseline.

US Clinical Trial To Test Antiviral For Monkeypox Starts 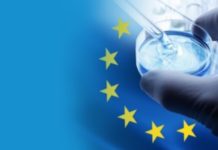 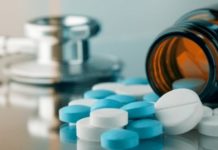