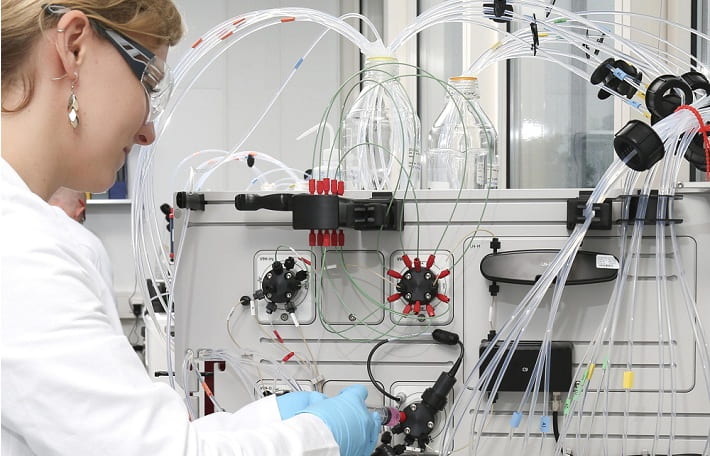 Biologics offer new therapy options for numerous diseases: They are already used to treat cancer and autoimmune diseases such as rheumatoid arthritis as useful alternatives to standard therapies.

The extent of their market potential is revealed by the fact that the number of patent applications has been on the rise for decades now. However, the route from the lab to mass production is much more complicated for biologics than for conventional drugs. The desired biomolecules (biologics) are manufactured using living systems, consequently a careful development and selection process of the cell line to be used, as well as thorough checks, are absolutely essential in order to ensure straightforward production later.

For this reason, contract developer UGA Biopharma GmbH has developed a high-speed cell line development workflow including analytics, purification and bioprocess development in bioreactors. Using an optimised expression vector means that highly productive clones can be generated. In this way, monoclonal and highly productive cell lines can be developed within just four months, and an optimised bioprocess within a further three.

Traditionally, drugs used in chemotherapy or antibiotics were produced using chemical synthesis. By contrast, biologics are manufactured using genetically modified, living cells in bioreactors. Many factors can significantly influence the quality of biologics manufactured in this way, including process conditions during manufacturing, such as temperature during fermentation, pH, dissolved oxygen concentration and nutrient supply and, of course, the cell line used. If the cell line is contaminated or the isolated monoclonal cell lines (clones) are unstable, the drug may end up being unusable – with correspondingly high financial losses for the manufacturer. 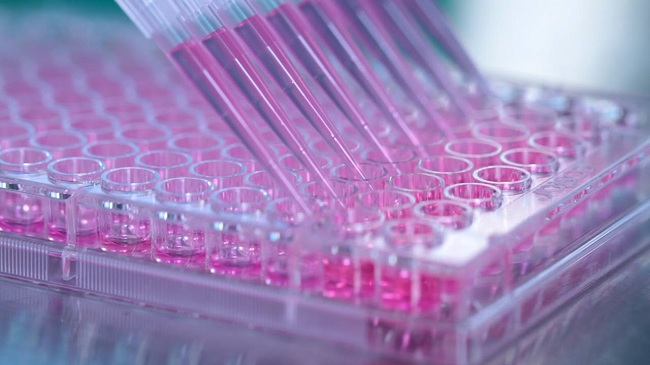 For this reason, UGA Biopharma GmbH pays particularly close attention to the productivity, stability and quality of the clones when developing new cell lines. As a result of its specially optimised processes and many years of experience, the company only requires seven months for the development of a cell line, including bioprocess development and the development of a purification process, in addition to providing of all necessary analytical data.

From concept to production cell line
UGA Biopharma’s work starts with a biomolecule: “If a biomolecule with a potential therapeutic effect is identified during the course of research at a university or a company, this may be an interesting discovery but it is still a long way from becoming a product. Often, research institutions and companies do not have the necessary expertise or capacities to quickly turn interesting discoveries into biotherapeutic products, or biologics,” explains Dr Lars Kober, Managing Director of UGA Biopharma GmbH. “This is where contract developers like us come in: We develop highly productive cell lines which are able to produce the desired biologics with high yields.” To do this, the molecule first needs to be characterised in order to determine the desired quality attributes and the gene of interest (GOI), which will then be transferred into the company’s own expression vector. “In recent years, we have optimised the expression vector and cell line generation work flow to such an extent that we are able to create highly productive stable production cell lines within a very short period of time, achieving product concentrations of up to 7 g/L,” Kober adds. 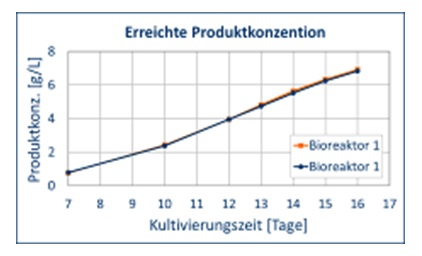 In recent years, a Chinese hamster ovary (CHO) cell has proven particularly well suited. During cell line development, the expression vector is introduced into this CHO cell, creating a mixture of cells with different characteristics. Using single-cell cloning, highly productive monoclonal cell lines (clones) can then be isolated, cultivated and used to create cell banks for long-term storage at 196°C.

Searching for a suitable clone
“Generally speaking, pharmaceutical companies have many requirements of the isolated cell lines, such as scalability, monoclonality and, of course, high productivity and clone stability,” Kober explains. “In addition, the biologics should neither trigger immunogenic reactions in patients nor should the production cell lines be contaminated with viruses or mycoplasma.” For this reason, the company acts in accordance with the requirements of the European Medicines Agency (EMA), which is responsible for the evaluation and monitoring of drugs. During the development process, the company also conducts glycan analyses in order to obtain useful information about the selection of promising clones early on in the process.

The isolated clones are then expanded in the next step: “Usually, therefore cells are cultivated at lab-scale in shake flasks. Many contract developers leave it at that.” However, in order to guarantee the scalability of the cell lines, the laboratory staff then carry out a process transfer into bioreactors and derive a suitable bioprocess from this.

“But even the ‘best’ cell line is of no use to the pharmaceutical company if it cannot be cultivated and the manufactured biological drug cannot be purified,” Kober notes. As a result, UGA Biopharma does not restrict itself to the optimisation of the manufacturing process in bioreactors. Furthermore, the right purification process is also developed and the potency of the purified biologics is tested via various binding assays and in different cell culture models. If necessary, an optimised cell culture medium can also be provided for the cell lines and the developed manufacturing process. Normally the company’s own culture medium, First CHOice, is used, which was developed by UGA Biopharma. With the aid of this medium and the relevant feeds, both the product concentration and thus the cost of goods achieved in the final manufacturing process, as well as the product quality of the manufactured biologics, can be influenced advantageously.

Short development time is a prerequisite
In total, it only takes seven months until the developed cell line can be supplied: four months are required for the cell line development and three for the bioprocess development, the development of the purification process and for analyses to be carried out. “Short development times are essential in the pharmaceutical industry because patent protection for pharmaceuticals generally expires after 20 years,” Kober emphasises. “In this time, all phases of the technological development, various clinical trials including the marketing authorisation procedure has to be completed as quickly as possible because the profit margins for the drugs developed generally drop sharply once the patent protection has expired. Every month counts here because short development times facilitate early market entry and thus the profit is secured before the patent expires.”

Once development is complete, the company supports its customers where necessary with the process transfer to the manufacturing facility and is always on hand if there are any problems. “It is our aim for all biologics to be manufactured to the same level of quality at their designated destination as they are in our laboratory. This not only includes a stable monoclonal cell line but also the First CHOice cell culture medium and the manufacturing and purification process,” Kober confirms. 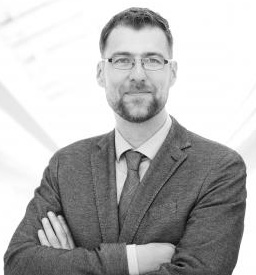 About UGA Biopharma GmbH
UGA Biopharma GmbH was founded in Henningsdorf near Berlin in 2009. The company’s core area of business is the contract development of biologics and biosimilars. This involves all the necessary steps from cell line development and bioprocess development to the development of purification processes and analytics. Furthermore, high-performance cell culture media and feeds are supplied under the trade name First CHOice in order to optimise the quality and product concentration of biologics and biosimilars. If necessary, the company can support its customers in transferring the manufacturing process to their production facility. UGA Biopharma’s unique selling feature is also that it offers its customers what are known as ready-to-use biosimilar cell lines. The company supplies its customers in Germany and abroad from its headquarters in Henningsdorf and already has several users with UGA products in clinical trials or who have already received a market approval. 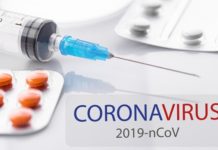 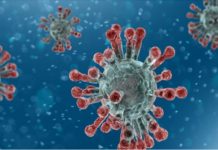 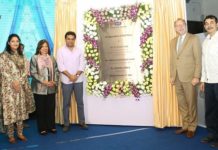 Benzodiazepine Drugs Market Set to Record US$ 2.6 Bn by 2026; the U.S. to Remain Attractive Market 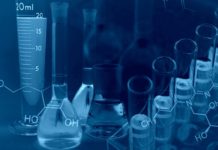 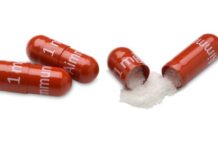