Enbrel is a current standard-of-care anti-TNF medication approved to treat moderate-to-severe plaque psoriasis. These new results were presented at the 22nd Congress of the European Association of Dermatology and Venereology (EADV) in Istanbul, Turkey.

The pivotal FIXTURE study met all primary and pre-specified key secondary endpoints(p<0.0001 for placebo comparisons and p=0.0250 for Enbrel comparisons). Both doses of secukinumab showed improved efficacy to Enbrel throughout the 52 week study, beginning as early as Week 2 and confirmed by Week 12 when the primary endpoints were assessed. Importantly, more secukinumab patients experienced almost clear skin (described as PASI 90) and completely clear skin (PASI 100) compared to Enbrel, which are higher standards of skin clearance compared to the standard efficacy measures used in most psoriasis clinical studies.

“These exciting data suggest that with secukinumab, we have the potential to help more patients achieve clear skin, which is the ultimate treatment goal,” said David Epstein, Head of the Pharmaceuticals Division of Novartis Pharma AG. “The data also show that specifically targeting IL-17A may offer a new and effective treatment approach for people living with moderate-to-severe plaque psoriasis.”

FIXTURE compared two doses of secukinumab (300 mg and 150 mg) with Enbrel 50 mg and placebo. The co-primary endpoints were assessed at Week 12 and compared secukinumab efficacy versus placebo according to the Psoriasis Area and Severity Index 75 (PASI 75) and the Investigator’s Global Assessment (IGA mod 2011).

Secukinumab-treated patients also had their symptoms resolved faster than those treated with Enbrel in the study. Clinically relevant differences were observed as early as Week 2, and on average secukinumab 300 mg patients had their symptoms halved by Week 3, compared to Week 8 for Enbrel patients.

Secukinumab efficacy was sustained over the full one year duration of the study. In FIXTURE, nearly twice as many patients treated with secukinumab 300 mg had a PASI 90 response at Week 52 compared to Enbrel (65% vs. 33%).

There were no major safety signals identified in FIXTURE or the broader secukinumab Phase III clinical trial program in moderate-to-severe plaque psoriasis. In FIXTURE, the incidence of adverse events (AEs) was similar between both secukinumab treatment arms (300 mg and 150 mg), and was comparable to Enbrel. The most common AEs in any treatment group (including placebo) throughout the 52 week treatment period were nasopharyngitis and headache (occurring in between 12-36 patients per 100 patient years in all groups). At the same time point, serious AEs (SAEs) were experienced by 6% of secukinumab 300 mg, 5% of secukinumab 150 mg and 6% of Enbrel patients. There were no deaths reported during the study.

Secukinumab is the first therapy selectively targeting IL-17A to have Phase III results presented. IL-17A is a central cytokine (messenger protein) involved in the development of psoriasis, and is found in high concentrations in psoriasis skin plaques. Research shows that IL-17A, in particular, plays a key role in driving the body’s autoimmune response in disorders such as moderate-to-severe plaque psoriasis and is a preferred target for investigational therapies.

Nearly 3% of the world’s population, or more than 125 million people, are affected by plaque psoriasis. This is a common and debilitating disease – even those with very mild symptoms find their condition affects their everyday lives. Psoriasis is also associated with psychosocial effects and those with more severe disease are at a greater risk of death from comorbid diseases such as heart disease and diabetes.

Novartis announced top-line results from the FIXTURE study earlier this year. FIXTURE forms part of the robust secukinumab Phase III clinical trial program in moderate-to-severe plaque psoriasis that involved more than 3,300 patients in over 35 countries worldwide. Regulatory submissions of secukinumab in moderate-to-severe plaque psoriasis remain on track in the EU and US for the second half of 2013.

About FIXTURE and the secukinumab data presented at EADV

The co-primary endpoints were assessed at Week 12 and compared secukinumab efficacy versus placebo according to PASI 75 and IGA mod 20111. These endpoints were used also to demonstrate superiority of secukinumab vs. etanercept. Secondary measures included PASI 50, 75, 90 and 100 at different time points. In addition, the likelihood of loss of response at Week 52 was calculated by determining the proportion of patients who lost PASI 75 at Week 52, after initially achieving it at Week 12.

Data from an additional Phase III study of secukinumab in moderate-to-severe plaque psoriasis was also presented today at EADV. The SCULPTURE (Study Comparing secukinumab Use in Long-term Psoriasis maintenance therapy: fixed regimens vs reTreatment Upon start of RElapse) trial found that patients who initially achieved PASI 75 at Week 12 were more likely to maintain their response if they received secukinumab at fixed monthly intervals, compared to treatment only on ‘start of relapse’. Results of two additional studies will also become available tomorrow.

Secukinumab (AIN457) is a fully human IgG1 monoclonal antibody that selectively binds to and neutralizes IL-17A, a key pro-inflammatory cytokine. Proof-of-concept and Phase II studies in moderate-to-severe plaque psoriasis and arthritic conditions (psoriatic arthritis, ankylosing spondylitis and rheumatoid arthritis) have suggested that secukinumab may potentially provide a new mechanism of action for the successful treatment of immune-mediated diseases. Phase III results from two additional Phase III studies in moderate-to-severe plaque psoriasis will be presented in 2014, and in 2014 and beyond for arthritic conditions. Phase II studies are also ongoing in other areas, including multiple sclerosis.

About Novartis in specialty dermatology 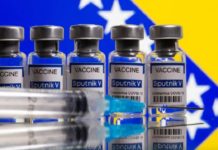 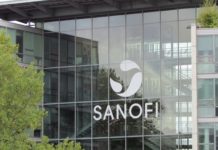 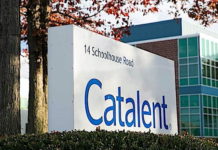 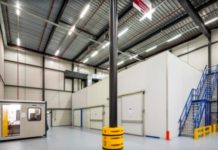