Eyeforpharma, London, September 2014: Mary Baker, immediate past President of the European Brain Council, believes that pharma companies are focusing too much on patient centricity and instead, should widen their focus to include the whole of society.

In order to solve the problems with our healthcare systems,  as well as the patients, we need to look at the healthy that benefit from over the counter medicines and other members of society that are healthy at the moment but are sleep walking into illness in the future.

Mary Baker will be returning as keynote speaker for the eyeforpharma Barcelona conference after an 11-year absence. Our conversation shifted between pharma’s ‘Tribes’, Shakespeare and tipping points. Most interesting, however, was her assertion that the industry is somewhat misguided in its desire to focus exclusively on patient centricity.

Mary explains that patient centricity is a narrow worldview. It is much better to focus on a company’s role in the wider health system and society.

She goes on to describe that the role of pharma must be to impact not just the sick individual but also impact the child, parent and/or partner of that individual. They are therefore not only responsible to the patient but the broader community around the patient and therefore society. Society, in fact, matters the most.

“I’m much more concerned about society – of which the patients experience is an incredibly important part, but should not be the exclusive focus.”

At the core of Mary’s assertions is the elephant in the room: we have an unsustainable health system. At present, pharma companies of the world are simply not intrinsically involved in the major health systems of Europe –they are peripheral.

“Health is viewed as a cost and this needs to be challenged and changed.  Health is wealth and a healthy nation is a wealthy nation”

The root of the problem is that the pharma industry are working in primitive tribes – representing only their own opinions which are becoming further entrenched. Pharma companies need to be collaborating – not competing with one another. Novartis should not consider Pfizer its competitor and vice versa; they should consider sources of unhealthiness as their greatest foes.

Right now, anybody who gets up and speaks is doing so from their position as a payer, or a doctor, or a regulator – when actually we are all members of society and we need to act as one.

“When you have threats on the ship of health, you need all hands to deck.”

Mary’s interview with Paul Simms, Chairman of eyeforpharma, comes at a poignant time in the run up to Barcelona, March 2015 – where the leaders in commercial and patient-led pharma discuss these issues and map the future for their companies. “The purpose of the Barcelona meeting is to provide that centre of gravity that draws in all of the right people necessary to solve this problem. No individual will determine and establish pharma’s role on their own – we absolutely need to create a movement by bringing everyone together and believing in something”. As a supporter of eyeforpharma’s efforts, Mary will take the stage to further explain what the industry needs to do: “The good thing to do is start bringing people together. Working together, we can solve this.”

Eyeforpharma have just released the full line up of leaders set to speak at eyeforpharma Barcelona next year March. You can find out more information by visiting: www.eyeforpharma.com/barcelona 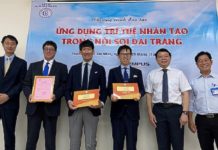 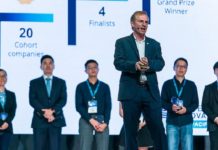 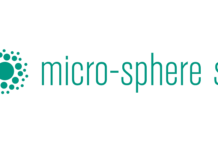 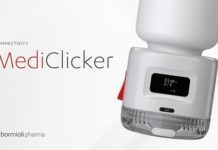