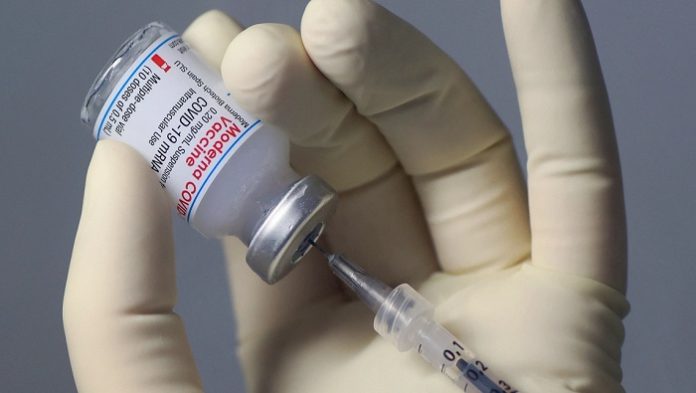 “We are pursuing an mRNA RSV vaccine to protect the most vulnerable populations – young children and older adults,” said Stéphane Bancel, Chief Executive Officer of Moderna. “We are studying mRNA-1345 in these populations in an ongoing clinical trial and we look forward to sharing data when available. The Fast Track designation for older adults underscores the urgent need for a vaccine against RSV. With our investments in science and manufacturing, we have taken eleven infectious disease vaccines into human clinical trials. We have accelerated research and development of our infectious disease therapeutic area and we will continue to advance our mRNA vaccines into new areas of high unmet need.”

Respiratory syncytial virus is a common respiratory virus that generally causes cold-like symptoms. In the United States and areas with similar climates, RSV infections occur primarily during fall, winter, and spring. Most people recover in a week or two, but RSV can be serious, especially for infants and older adults. RSV is the most common cause of bronchiolitis and pneumonia in children younger than one year of age in the United States and can result in pneumonia and respiratory distress in older adults. According to the U.S. Centers for Disease Control and Prevention, in the United States, RSV leads each year, on average, to approximately 58,000 hospitalizations among children younger than five years old, 177,000 hospitalizations among adults 65 years and older and 14,000 deaths among adults 65 years and older. There is no approved vaccine available today for RSV.

Fast Track is designed to facilitate the development and expedite the review of therapies and vaccines for serious conditions and that fill an unmet medical need. Programs with Fast Track designation may benefit from early and frequent communication with the FDA, in addition to a rolling submission of the marketing application. The Company previously received Fast Track designation for its COVID-19 vaccine candidate, Zika vaccine candidate (mRNA-1893), methylmalonic acidemia (MMA) (mRNA-3704) and propionic acidemia (PA) (mRNA-3927) programs.

The Phase 1 study of mRNA-1345 to evaluate the tolerability and reactogenicity of mRNA-1345 in younger adults, older adults and children is ongoing. All four cohorts of younger adults (ages 18-49 years) are fully enrolled. Dosing in the older adult cohort (ages 65-79 years) is ongoing. The age range of toddlers in this de-escalation Phase 1 study is 12-59 months. The Company shared the first interim analysis of the Phase 1 study of mRNA-1345, through 1-month post-vaccination, of the younger adult cohorts at its annual Vaccines Day on April 14, 2021. Results showed the vaccine candidate generated a geometric mean rise in neutralizing antibodies relative to baseline of at least 11-fold.

The Company also intends to evaluate the potential of combinations of mRNA-1345 with its vaccines against other respiratory pathogens in children and separately in older adults. Moderna owns worldwide commercial rights to mRNA-1345.

mRNA-1345 is a vaccine against RSV encoding for a prefusion F glycoprotein, which elicits a superior neutralizing antibody response compared to the postfusion state. RSV is the leading cause of respiratory illness in young children. Older adults (65+) are at high risk for severe RSV infections. mRNA-1345 uses the same lipid nanoparticle (LNP) as Moderna’s authorized COVID-19 vaccine and contains optimized protein and codon sequences.

In 10 years since its inception, Moderna has transformed from a science research-stage company advancing programs in the field of messenger RNA (mRNA), to an enterprise with a diverse clinical portfolio of vaccines and therapeutics across six modalities, a broad intellectual property portfolio in areas including mRNA and lipid nanoparticle formulation, and an integrated manufacturing plant that allows for both clinical and commercial production at scale and at unprecedented speed. Moderna maintains alliances with a broad range of domestic and overseas government and commercial collaborators, which has allowed for the pursuit of both ground-breaking science and rapid scaling of manufacturing. Most recently, Moderna’s capabilities have come together to allow the authorized use of one of the earliest and most-effective vaccines against the COVID-19 pandemic.

Moderna’s mRNA platform builds on continuous advances in basic and applied mRNA science, delivery technology and manufacturing, and has allowed the development of therapeutics and vaccines for infectious diseases, immuno-oncology, rare diseases, cardiovascular diseases and auto-immune diseases. Today, 24 development programs are underway across these therapeutic areas, with 16 programs having entered the clinic. Moderna has been named a top biopharmaceutical employer by Science for the past six years.