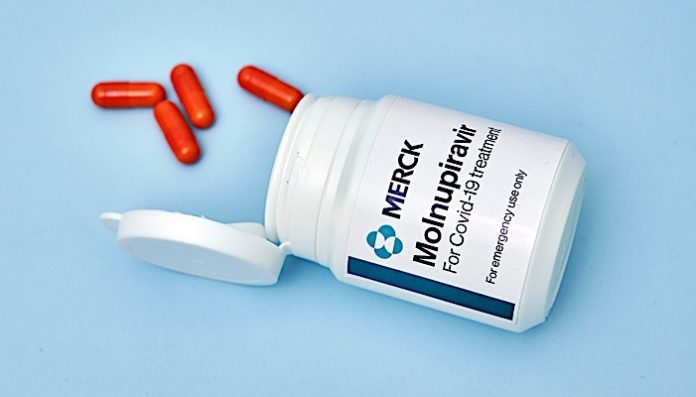 Merck, known as MSD outside the United States and Canada, and Ridgeback Biotherapeutics announced the signing of a long-term supply agreement with the United Nations Children’s Fund (UNICEF) to facilitate broad global access for molnupiravir, an investigational oral antiviral COVID-19 medicine. Under the agreement, Merck will allocate up to 3 million courses of molnupiravir to UNICEF throughout the first half of 2022 for distribution in more than 100 low- and middle-income countries following regulatory authorizations. Merck is developing molnupiravir in collaboration with Ridgeback Biotherapeutics and it has been authorized for use in more than 10 countries, including in the United States, United Kingdom and Japan.

“Merck is delivering on our commitment to make molnupiravir available – widely, quickly and equitably. Through this groundbreaking agreement with UNICEF, millions of patients in more than 100 low- and middle-income countries will gain access to molnupiravir through UNICEF and the ACT Accelerator Therapeutics Partnership in the first half of 2022,” said Robert M. Davis, chief executive officer and president, Merck. “I am proud of the fact that patients in these low- and middle-income countries will gain access at the same time as patients in countries with higher incomes.”

To accelerate broad global access for molnupiravir upon authorization or approval, Merck’s comprehensive supply and access approach includes investing at risk to produce millions of courses of therapy, granting voluntary licenses to generic manufacturers and to the Medicines Patent Pool to help increase affordable, quality-assured supply in the developing world, and entering into supply agreements with governments and other organizations, including this agreement with UNICEF.

“As part of our commitment to ensuring access to critical medicines, we picked Merck as our partner for molnupiravir because of our shared commitment to ensuring global, affordable availability. Molnupiravir, which can be efficiently delivered to low- and middle-income countries, can play a significant role in global efforts to address the pandemic,” said Wendy Holman, chief executive officer, Ridgeback Biotherapeutics. “We are proud of this agreement with UNICEF to help address global health challenges and inequities by making molnupiravir accessible to patients around the world.”

Global access has been a priority for Merck and Ridgeback since the inception of their molnupiravir collaboration. The companies are committed to providing timely access to molnupiravir globally through our comprehensive supply and access approach, which includes investing at risk to produce millions of courses of therapy; tiered pricing based on the ability of governments to finance health care; entering into supply agreements with governments; allocating up to 3 million courses of therapy for distribution through UNICEF and the ACT Accelerator Therapeutics Partnership; and granting voluntary licenses to generic manufacturers and to the Medicines Patent Pool to make generic molnupiravir available in more than 100 low- and middle-income countries following local regulatory authorizations or approvals.

Supply: In anticipation of the results from MOVe-OUT and the potential for regulatory authorization or approval, Merck produced molnupiravir at risk, manufacturing 10 million courses of treatment by the end of 2021, with at least 20 million courses expected to be produced in 2022. To date, Merck has shipped molnupiravir to over 20 countries; in countries where it is approved or authorized, patients have begun to receive the drug. To supplement the supply from licensed generic manufacturers, Merck has entered an agreement with UNICEF to allocate up to 3 million courses of therapy to low- and middle-income countries through the first half of 2022.

Supply agreements: Merck entered into a procurement agreement with the U.S. Government under which the company will supply approximately 3.1 million courses of molnupiravir to the U.S. Government, upon Emergency Use Authorization or approval from the U.S. Food and Drug Administration. Merck has entered into advance purchase and supply agreements for molnupiravir with governments for over 30 countries worldwide, including Australia, Canada, Korea, Japan, Thailand, United Kingdom and United States, pending regulatory authorizations, and is currently in discussions with additional governments. Merck plans to implement a tiered pricing approach based on World Bank country income criteria to reflect countries’ relative ability to finance their health response to the pandemic.

Voluntary licenses: As part of its commitment to widespread global access, Merck previously announced that it has entered into a licensing agreement with the Medicines Patent Pool to increase broad access for molnupiravir in low- and middle-income countries. Additionally, Merck previously announced that the company has entered into non-exclusive voluntary licensing agreements for molnupiravir with established generic manufacturers to accelerate availability of molnupiravir in more than 100 low- and middle-income countries following approvals or emergency authorization by local regulatory agencies.

For over 130 years, Merck, known as MSD outside the United States and Canada, has been inventing for life, bringing forward medicines and vaccines for many of the world’s most challenging diseases in pursuit of our mission to save and improve lives. We demonstrate our commitment to patients and population health by increasing access to health care through far-reaching policies, programs and partnerships. Today, Merck continues to be at the forefront of research to prevent and treat diseases that threaten people and animals – including cancer, infectious diseases such as HIV and Ebola, and emerging animal diseases – as we aspire to be the premier research-intensive biopharmaceutical company in the world.