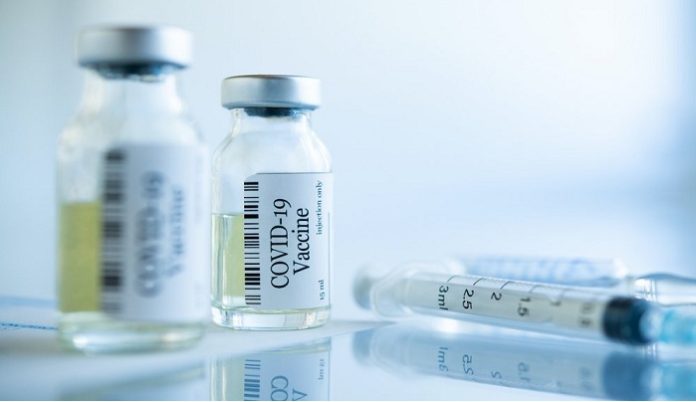 GlaxoSmithKline plc and Vir Biotechnology, Inc. announced they have signed a Joint Procurement Agreement with the European Commission to supply up to 220,000 doses of sotrovimab, an investigational single dose SARS-CoV-2 monoclonal antibody for the treatment of adults and adolescents (aged 12 years and over and weighing at least 40 kg) with COVID-19 who do not require oxygen supplementation and who are at risk of progressing to severe COVID-19. The Joint Procurement Agreement enables participating European Union (EU) Member States to quickly purchase sotrovimab, following local emergency authorisation or authorisation at the EU level, to treat high-risk patients with COVID-19 who may benefit from early treatment with sotrovimab.

This action follows the positive scientific opinion issued by the European Medicines Agency’s (EMA) Committee for Medicinal Products for Human Use (CHMP), under Article 5(3) of Regulation 726/2004, which can be considered by the national authorities in EU Member States when taking evidence-based decisions on the early use of the medicine prior to marketing authorisation. Sotrovimab is included in the European Commission’s portfolio of promising candidate therapies as part of its COVID-19 Therapeutics Strategy. In addition, the documentation to support the forthcoming marketing authorisation application for sotrovimab is under rolling regulatory review with the EMA. In June, the companies announced confirmatory full results for the Phase 3 COMET-ICE trial, which resulted in a 79% reduction (adjusted relative risk reduction) (p<0.001) in hospitalisations for more than 24 hours or death due to any cause by Day 29 compared to placebo, meeting the primary endpoint of the trial.

George Katzourakis, Senior Vice President, Europe, GSK said: “This agreement with the European Commission represents a crucial step forward for treating cases of COVID-19 in participating EU Member States, as it enables access to sotrovimab for high-risk patients who have contracted the virus. As the COVID-19 landscape continues to evolve and we meet new challenges – such as the Delta variant spreading across the globe – there remains an urgent need for treatment options to help those who do get sick to potentially avoid hospitalisation or death.”

George Scangos, Ph.D., Chief Executive Officer of Vir, said: “It remains abundantly clear that additional treatment options are needed to fully address the toll of this pandemic. This agreement recognises that monoclonal antibody treatments for those who become infected are essential, and we are pleased that European healthcare providers and their patients now have access to sotrovimab. Notably, the fact that sotrovimab was designed from the beginning to maintain activity against the evolution of this virus and has demonstrated, in vitro, its ability to maintain activity against the tested circulating variants of concern and interest, including Delta and Lambda, underscore its critical role in the fight against COVID-19.”

Recognising the acute urgency of patient need across the world, the companies are engaging with governments and procurement bodies to make sotrovimab available to support the pandemic response.

GSK and Vir have secured supply agreements with multiple governments around the world and will continue those efforts as the pandemic continues to evolve. In May 2021, sotrovimab was granted Emergency Use Authorisation (EUA) by the U.S. Food and Drug Administration (FDA) for the treatment of mild-to moderate COVID-19 in high risk patients. GSK and Vir have announced plans to submit a Biologics License Application (BLA) to the U.S. FDA in the second half of 2021. Sotrovimab has also been authorised for emergency use in Bahrain, Kuwait, Qatar, Singapore and United Arab Emirates.

GSK and Vir are committed to ongoing evaluation of sotrovimab as the COVID-19 landscape continues to evolve at different rates across the globe and new variants of concern and interest emerge. Updated in vitro data, published in bioRxiv, demonstrate that sotrovimab retains activity against currently circulating variants of concern and interest of the SARS-CoV-2 virus including Alpha (B.1.1.7), Beta (B.1.351), Delta (B.1.617.2), Epsilon (B.1.427/B.1.429), Gamma (P.1), Iota (B.1.526), Kappa (B.1.617.1), and Lambda (C.37), as well as new variants from Bristol (B.1.1.7+E484K) and Cameroon (B.1.619), which encodes both N440K and E484K mutations that may lead to reduced activity for other neutralising monoclonal antibodies against the SARS-CoV-2 virus. GSK and Vir are continuing to evaluate the ability of sotrovimab to maintain activity against new and emerging variants through in vitro studies. The clinical impact of these in vitro variant data is not yet known.

Sotrovimab is an investigational SARS-CoV-2 monoclonal antibody. Preclinical data suggest it has the potential to both block viral entry into healthy cells and clear infected cells. The antibody binds to an epitope on SARS-CoV-2 that is shared with SARS-CoV-1 (the virus that causes SARS), indicating that the epitope is highly conserved, which may make it more difficult for resistance to develop. Sotrovimab, which incorporates Xencor’s Xtend™ technology, also has been designed to achieve high concentration in the lungs to ensure optimal penetration into airway tissues affected by SARS-CoV-2 and to have an extended half-life.