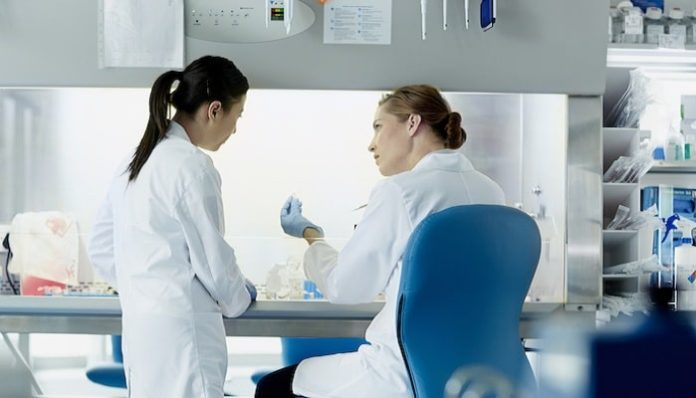 The agency granted an emergency use authorization to the company for its test, which is meant to detect antibodies against SARS-CoV-2 in the blood. However, antibody testing has both advantages and disadvantages relative to the more common PCR assays.

The Food and Drug Administration has given an emergency use authorization to a test for Covid-19 that detects whether a person is infected through the use of antibodies.

The FDA granted the authorization to Research Triangle Park, North Carolina-based Cellex, for the qSARS-CoV-2 IgG/IgM Rapid Test, according to a letter from FDA chief scientist Denise Hinton, sent Wednesday to Cellex CEO James Li. The test is designed to produce results in 15-20 minutes.

Most of the Covid-19 tests authorized to date – such as those made by Roche and Thermo Fisher – are polymerase chain reaction, or PCR assays. PCR works by taking small samples of genetic material – in this case from pharyngeal swabs – and then amplifying them into larger quantities that can be analyzed. While highly sensitive and able to provide results in short periods of time, PCR tests can also produce a lot of false negatives because of variations in viral loads, according to an information page on Covid-19 testing by The Native Antigen Company.

By contrast, antibody tests like Cellex’s work by detecting IgG and IgM antibodies that the body generates as an immune response to the virus. In particular, IgM antibodies become detectable several days after initial infection, while IgG antibodies do later, and positive results for both can be indicative of acute or recent infection.

The advantage of antibody tests is that they not only are less likely to produce false-negative results, but can also be used to detect past infections, meaning that they can be used to determine if a patient without symptoms has previously had Covid-19 and could thus be immune to it. It could also be used to indicate stage of infection and estimate time since exposure.

Nevertheless, according to the primer, a limitation to antibody testing is that the body’s immune response to SARS-CoV-2 is slow. IgM antibody response does not peak until about nine days after initial infection, with IgG response peaking a couple of days later, compared with five days for most viruses. As such, antibodies alone may not be appropriate for diagnosing the disease in its acute phase.