AstraZeneca announced today that the Committee for Medicinal Products for Human Use (CHMP) issued a positive opinion on the marketing authorisation application for BRILIQUE™ (ticagrelor) for the prevention of atherothrombotic events in adult patients with Acute Coronary Syndromes (ACS). The positive opinion by the Committee is now referred for a final decision by the European Commission. The European Commission, which makes the decision whether to approve a new drug candidate for use in the European Union, typically renders its decision within a few months of the CHMP issuing its opinion.

“Despite advancements in the treatment of ACS, post-ACS death rates remain high. We are pleased with the CHMP’s positive opinion and look forward to the European Commission decision for BRILIQUE,” said Anders Ekblom, Executive Vice President, Global Medicines Development, AstraZeneca.  “If approved by the European Commission, BRILIQUE will provide an important treatment option for physicians treating patients with ACS.”

The positive opinion was reached after the CHMP reviewed the ticagrelor clinical programme, including the results from PLATO (A Study of PLATelet Inhibition and Patient Outcomes).

PLATO was a large (18 624 patients in 43 countries) head-to-head patient outcomes study of ticagrelor versus clopidogrel, and was designed to reflect current clinical management of ACS patients.  Overall, PLATO showed that treating 54 patients with ticagrelor instead of clopidogrel for one year will prevent one cardiovascular death, myocardial infarction, or stroke, and established the superiority of ticagrelor over clopidogrel.

Ticagrelor is currently under regulatory review in twelve territories around the world.  BRILINTA and BRILIQUE are trademarks of the AstraZeneca group of companies.

ACS is an umbrella term for conditions that result from a reduction in blood flow to the heart muscle. These conditions range from unstable angina (unremitting chest pain that threatens a heart attack) to heart attack (myocardial infarction, or MI):

AstraZeneca is a global, innovation-driven biopharmaceutical business with a primary focus on the discovery, development and commercialisation of prescription medicines. As a leader in gastrointestinal, cardiovascular, neuroscience, respiratory and inflammation, oncology and infectious disease medicines, AstraZeneca generated global revenues of US $32.8 billion in 2009.  For more information please visit: www.astrazeneca.com 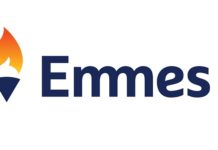