With high hopes, Eli Lilly’s Mounjaro (tirzepatide) was promoted to the big leagues in the week ending May 14, when the FDA approved the type 2 diabetes and weight-loss medication. Can Lilly score a home run with a medicine that has been demonstrated in clinical trials to be much more successful than other diabetes therapies in a highly competitive environment that Novo Nordisk leads? Mounjaro comes from a business that has battled Novo Nordisk for decades and is expected to produce $4.9 billion in revenue by 2026, according to an industry-specific portal. Last year, Mounjaro outperformed Novo’s blockbuster Ozempic in a head-to-head study, demonstrating that it was far more helpful in assisting individuals lose weight and regulate their blood sugar levels. In the United States, more than 30 million people have type 2 diabetes, with some struggling to achieve appropriate blood sugar levels despite the wide range of medications.

Mounjaro is a first-of-its-kind dual-action medication that stimulates both the GLP-1 and GIP receptors. The medication is given once a week, with the dose being tailored to the patient’s needs. In a phase 3 trial, individuals on the maximum 15 mg dosage of Mounjaro lost roughly 12 pounds more than on Ozempic, 29 pounds more than on insulin degludec, and 27 pounds higher than those on insulin glargine, with a BMI of 32–34.

Last year, Ozempic had sales of 33.7 billion Dutch krones, or approximately $5 billion. The medicine was approved by the FDA in 2017, and the higher-dose version was approved in March this year. Trulicity and Jardiance, Lilly’s current diabetes bestsellers, produced revenues of more than $10 billion last year. Lilly collaborates with Boehringer Ingelheim on Jardiance.

Lilly announced earlier this year that it may offer Mounjaro as a diabetes and obesity medication. Novo Nordisk, which offers Ozempic as Wegovy to obese patients, has seen success with this strategy. 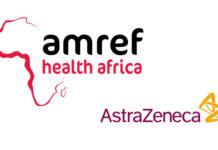