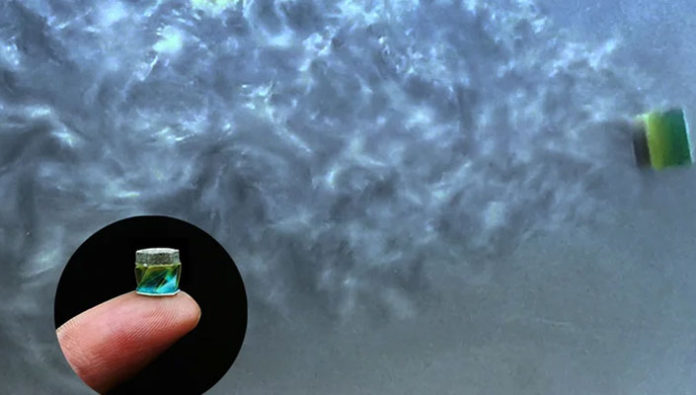 A team from Stanford University has developed the world’s first amphibious all-terrain vehicle for medicine delivery. The millimeter-scale robot was created to negotiate complex biological environments by rolling, flipping, and spinning adverse effects through liquids.

The fabrication of wirelessly controlled millimeter-scale origami robots that can navigate through confined places and change shape to complete specified tasks has been discussed in several studies. Targeted medicine distribution is one of the robots’ possible applications. In this case, the vehicles would hold a payload that would be released at a precise location.

The Stanford study, which was published in Nature Communications, expands on previous work by allowing for on-ground and in-water mobility. The millirobot, which is controlled magnetically, is designed to adapt to its surroundings by alternating between rolling and flipping to go around obstructions. When a magnetic field is applied, the millirobot can hop over larger obstacles.

The Stanford scientists used the gadget to administer a liquid therapy to a spot in a pig’s stomach ex vivo. The millirobot rolled and flipped through the stomach on a predefined course. Magnetic pumping allowed the payload to be released once it arrived at the target location. The millirobot now has a rotating mechanism that allows it to float under and on the surface of water, according to the researchers. The team steered the gadget through an ex vivo pig stomach using viscous fluid to give early confirmation of the spinning mechanism. The viscous fluid offered more friction than water, but this was overcome by boosting the magnetic field’s strength.

Renee Zhao and her partners are talking to their peers at Stanford’s medicine department about how to deploy the gadget now that they’ve established preliminary evidence of its capabilities.