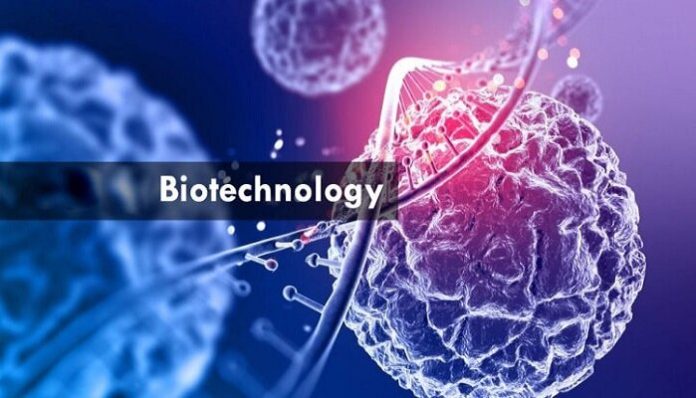 Drugmakers’ initial stock offerings, which had been a dependable tradition for years, mostly stopped in 2022. Fewer than two dozen biotech businesses priced initial public offerings (IPOs) last year, a 79% decrease from the total of the prior year and a sign of financial hardship for the industry.

Even earlier in their company histories, biotech’s chose extension or bridge funding from their venture investors because the public markets were closed. However, some just ran out of money. By the end of the year, more than 100 biotech companies had made personnel layoffs.

Dealmaking, including Takeda’s $4 billion purchase of an immune illness medicine from Nimbus Therapeutics, encouraged some confidence. Private businesses will still have a difficult time in 2023. Given that analysts are predicting a recession, it’s probable that rather than a bull market recovery, the upcoming 12 months may more closely resemble last year.

Here are the top five issues that this year’s budding biotech businesses must address:

Will the IPO market reopen?

Investors’ biggest concern is if the biotech sector will experience the same kind of surge as it did in 2020 and 2021. According to data from BioPharma Dive, nearly 180 firms went public during that two-year period, as opposed to just 22 in 2022.

The downturn was caused by a number of factors, including companies that had previously gone public struggling to maintain their worth and investor trust being undermined by clinical and regulatory failures as well as macroeconomic forces. Some thought the industry, which now has an abundance of cash-burning companies, would benefit from a return to the slower IPO pace of earlier years.

Analysts noted that whether companies decide to make their Wall Street debuts would depend on how the market behaves and what the future of investors’ risk tolerance looks like.

In a study from December 2022, analysts at BMO Capital Markets stated that they are starting to see secondary offerings and anticipate IPOs to soon follow. Emerging biotechs and their sponsors might find dealmaking more appealing given the lack of a straightforward road to an IPO. 16 private biotech companies were purchased for at least $50 million last year.

Partner at Two Sigma Ventures, Dusan Perovic, predicts that dealmaking will speed up in 2023.

According to Perovic, a lot of big pharma companies are actively seeking deals and speaking to a number of entrepreneurs about prospective partnerships. There are numerous indications that the ecosystem is far better off than it was in 2022.

Platform firms, which aim to use a fundamental technology across numerous medications for various conditions, have received a lot of funding recently. Investors were drawn to biotechs like Moderna because of their success since they believed they had a better chance of succeeding.

However, as the market downturn from last year continued, some investors seemed to be less open to platform businesses and their frequently vast, resource-intensive drug pipelines. According to Jon Norris, a managing director at Silicon Valley Bank, a couple of years ago, when money was so available, one could select three separate issues that seemed to be preclinical, go after them, and pursue them all individually and aggressively. What one is seeing now, in his opinion, is management and investors telling people to choose the best option.

Platform-focused venture businesses, including sovereign wealth fund Mubadala Capital, claim they remain optimistic. However, they are conducting more research before choosing which biotech technologies to support.

According to Alaa Halawa, Mubadala’s head of U.S. ventures, companies must demonstrate their capacity to develop a clinical-stage drug. At the time of investment, one at least has a direct line of sight of the indication or specialisation they are establishing at the company when they invest in a platform company with a flexible and strong enough platform to create wide and deep pipelines, according to Halawa.

Will private funding slow down much more in the future?

According to a recent report from Silicon Valley Bank, venture funding for biopharmaceutical companies fell in 2022, with cancer and neurology accounting for a large portion of the loss from 2021. According to Norris, the decline in deal volume is projected to last through 2023.

Although investments last year continued to exceed 2020 levels in terms of both quantity and total dollar figure, this suggests some resilience. According to the survey, a chunk of the reduction may also be due to investors waiting for their prior wagers to pay off before supporting new businesses operating in similar industries.

Theoretically, businesses that secured Series A funding in 2020 and 2021 would have to go back to their investors for Series B funding in 2023. However, a brief uptick in Series A renewals at the end of 2022 suggests that biotechs are still gathering data prior to pursuing a new round of private fundraising.

The majority of the valuations those companies raised during their height, according to Halawa, are difficult to explain at the moment. Investors will have the chance to determine what was signal versus noise if the second half of 2023 sees the emergence of further private financing rounds as firms that had previously secured funding two to three years ago finally reach milestones.

Their development will demonstrate that they are superior to those who are only considering how great the technology is and not how it converts into being useful to patients, according to Perovic.

Will there be further corporate restructurings?

In order to save money, both established businesses and new startups reduced their workforces in the second half of 2022, forcing the biotech industry to make significant employment cuts. Several former well-known or wealthy-backed private enterprises, such as Faze Medicines, Rubius Therapeutics, as well as Vesalius Therapeutics, were among those that did.

Analysts predict that to start the year, biotech companies will restrict their purse strings because economists are still anxious that a recession may break out. Several publicly traded biotech companies have already announced job cuts, notably CRISPR pioneer Editas Medicine, which will be eliminating 20% of its workforce.

According to the December 2022 research from BMO analysts, “Pharma and biotech companies would likely aim to minimise operational costs and concentrate on assets that could be differentiators. As per Mubadala’s Halawa, his company advises its portfolio businesses to cut expenditures by up to 25% if they are still in the early phases of medication research, especially if they anticipate running out of money by the beginning of 2024.

What effects will the Inflation Reduction Act have on new biotech companies?

The measure, which President Joe Biden signed in August 2022, attempts to lower the cost of prescription medications in a number of different ways. While penalising drugmakers who raise the price of their products within Medicare faster than the rate of inflation, it grants Medicare the flexibility to negotiate prices on specific pharmaceuticals when there is little to no competition.

Despite the fact that it will predominantly impact big pharma, officials from the pharmaceutical industry have warned that it may freeze investments in new research, especially for small molecule drugs. Nevertheless, early-stage investors remain optimistic about particular classes of tiny compounds, like covalent medicines. It’s too soon to assess what the law will entail in the future because it’s unclear which pharmaceuticals would be impacted, according to a general partner at Andreessen Horowitz, Vineeta Agarwala.

For Agarwala, it’s really difficult to believe that small molecule discovery is gone.

Threatened revenue reductions for smaller pharmaceutical businesses may induce them to strike additional deals. Today, big pharma is certainly cash rich and marginally poor, according to Halawa. Many blockbusters will be released without a patent during the course of the next five years, if one looks at the patent expiry schedule. How pharmaceutical companies will fill that pipeline is the question.

However, the IRA’s incentives may influence how companies organise their drug development strategies. According to Halawa, the IRA will encourage companies and investors to focus more on how they can be best-in-class as compared to the second- or third-line of treatment. Investors stated in a recent BioPharma Dive panel that the regulation is already forcing businesses to change their strategies, such as by concentrating on larger objectives early or by developing many medications at once.