Genentech will discuss results with the U.S. Food and Drug Administration (FDA) as part of atezolizumab’s Breakthrough Therapy Designation in lung cancer

Genentech, a member of the Roche Group (SIX: RO, ROG; OTCQX: RHHBY), today announced that in the large pivotal Phase II study, BIRCH, the investigational cancer immunotherapy atezolizumab (MPDL3280A; anti-PDL1) met its primary endpoint and shrank tumors (objective response rate; ORR) in people with locally advanced or metastatic non-small cell lung cancer (NSCLC) whose disease expressed PD-L1 (Programmed Death Ligand-1). The study showed the amount of PD-L1 expressed by a person’s cancer correlated with their response to the medicine. Adverse events were consistent with what has been previously observed for atezolizumab.

“We are encouraged by the number of people who responded to atezolizumab and maintained their response during the study, which is particularly meaningful for people who had received several prior treatments,” said Sandra Horning, M.D., chief medical officer and head of Global Product Development. “We plan to present results at an upcoming medical meeting and will discuss these data as well as results from our other lung cancer studies with health authorities to bring this medicine to patients as quickly as possible.”

Earlier this year, the FDA granted atezolizumab a Breakthrough Therapy Designation for the treatment of people whose NSCLC expresses PD-L1 and who progressed during or after standard treatments (e.g., platinum-based chemotherapy and appropriate targeted therapy for EGFR mutation-positive or ALK-positive disease). This designation is designed to expedite the development and review of medicines intended to treat serious diseases. We have seven Phase III studies evaluating atezolizumab alone or in combination with other medicines as a potential new treatment for people with early and advanced stages of lung cancer.

About the BIRCH Study

BIRCH is an open-label, multicenter, single-arm Phase II study that evaluated the safety and efficacy of atezolizumab in 667 people with locally advanced or metastatic NSCLC whose disease expressed PD-L1. PD-L1 expression was assessed on both tumor cells (TC) and tumor-infiltrating immune cells (IC) with an investigational immunohistochemistry test (IHC) being developed by Roche Diagnostics. Eligibility criteria included people whose tumors were determined to express PD-L1 with an IHC score of TC2/3 or IC2/3. People in the study received a 1200-milligram intravenous dose of atezolizumab every three weeks. The primary endpoint of the study was ORR. Secondary endpoints included duration of response (DoR), overall survival (OS), progression-free survival (PFS) and safety. Results from BIRCH will be presented at an upcoming medical meeting.

Atezolizumab (also known as MPDL3280A; anti-PDL1) is an investigational monoclonal antibody designed to interfere with a protein called PD-L1. Atezolizumab is designed to target PD-L1 expressed on tumor cells and tumor-infiltrating immune cells, preventing it from binding to PD-1 and B7.1 on the surface of T cells. By inhibiting PD-L1, atezolizumab may enable the activation of T cells.

All studies of atezolizumab include the evaluation of an investigational IHC test that uses the antibody SP142 to measure PD-L1 expression on both tumor cells and infiltrating immune cells. The goal of PD-L1 as a biomarker is to identify those people most likely to benefit when treated with atezolizumab alone, and to determine which people may benefit most from a combination of atezolizumab and another medicine. There are 11 ongoing or planned Phase III studies of atezolizumab across certain kinds of lung, kidney, breast and bladder cancer.

About Genentech in Cancer Immunotherapy

For more than 30 years, Genentech has been developing medicines with the goal to redefine treatment in oncology. Today, we’re investing more than ever to bring personalized cancer immunotherapy (PCI) to people with cancer. The goal of PCI is to provide each person with a treatment tailored to harness his or her own immune system to fight cancer. Genentech is studying more than 20 investigational medicines, seven of which are in clinical trials. In every study we are evaluating biomarkers to identify which people may be appropriate candidates for our medicines. For more information visit http://www.gene.com/immunotherapy. 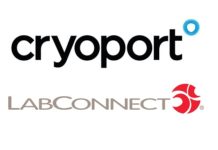 Eiger to add Peginterferon Lambda to Covid-19 trial in Brazil