Hybrigenics (ALHYG), a bio-pharmaceutical company listed on Alternext (NYSE-Euronext) in Paris, with a focus on research and development of new treatments against proliferative diseases, today announces the start of a phase II clinical trial of oral inecalcitol in patients with chronic lymphocytic leukemia (CLL). World-wide, about 130,000 new patients are diagnosed each year with CLL, for which there is currently no definitive cure. CLL is designated as an orphan disease in the United States, Europe and Japan.

The study will enrol 50 CLL patients, initially across six centres in France, and be coordinated by Prof. Hermine, head of clinical haematology at Necker Hospital in Paris, with the endorsement and active participation of the French Cooperative Group on CLL. It is an open-label trial assessing the safety and potential efficacy of inecalcitol given to CLL patients not yet requiring immuno-chemotherapy but at high risk of disease progression. Depending on enrolment speed, this study should last until end of 2013 or beyond. Funding of this clinical trial has been secured by a EUR 3.3 million PIPE in March this year. The first two patients have received their first treatments.

Inecalcitol is given orally at two milligrams per day for at least six months or until progression occurs. The objectives are to decrease or stabilize the number of blood-circulating CLL cells and to delay the onset of other signs of progression, such as swelling of lymph nodes and thereby the need for immuno-chemotherapy.

“The clinical trial of oral inecalcitol in CLL has started as planned. We are very satisfied with the level of interest in this study generated among the French CLL specialists,” said Dr. Jean-Francois Dufour-Lamartinie, head of clinical R&D. “Additional centres could therefore be opened in the next few months in order to speed up patient enrolment.”

“This trial could stand out as important for CLL patients because treatment with inecalcitol would provide their first therapeutic alternative prior to chemotherapy,” said Remi Delansorne, Hybrigenics’ CEO. “This study would also bring about the first clinical proof of concept of inecalcitol as a single therapeutic agent.”

CLL is the most frequent form of leukemia (cancerous proliferative disease of circulating blood cells) and accounts for about 35 per cent of all leukemic patients. Annual estimates of newly diagnosed CLL cases amount to close to 15,000 in the United States (American Leukemia Lymphoma Society, Facts 2012), 14,000 in Europe and 130,000 world-wide (Globocan 2008). CLL is designated as an orphan disease in the United States, Europe and Japan.

People with CLL produce too many lymphocytes (mononuclear white blood cells) of one single abnormal “family” (monoclonal) which are not fully developed (immature). Over time, these circulating CLL cells (monoclonal immature lymphocytes) in excess build up in the lymphatic system and cause large, swollen lymph nodes. They may also fill the bone marrow, reducing the number of normal white cells, red cells and platelets that can be made, thereby lowering their blood counts. There is no definitive cure for CLL.

Hybrigenics (http://www.hybrigenics.com) is a bio-pharmaceutical company listed (ALHYG) on Alternext (NYSE-Euronext) in Paris, focusing its internal R&D programs on innovative targets and therapies for the treatment of proliferative cancerous or non-cancerous diseases.

Hybrigenics’ current development program is based on inecalcitol, a vitamin D receptor agonist active by oral administration. Oral inecalcitol has shown excellent tolerance and strong presumption of efficacy for the first-line treatment of metastastic castrate-resistant prostate cancer in combination with Taxotere(R), which is the current gold-standard chemotherapeutic treatment for this indication. Oral inecalcitol has recently been studied in a clinical trial for the treatment of moderate-to-severe psoriasis, and is currently being tested in chronic lymphocytic leukemia patients.

Hybrigenics has a research collaboration with Servier on deubiquitinating enzymes and their inhibitors in oncology, neurology, psychiatry, rheumatology, ophthalmology, diabetes and cardiovascular diseases. Hybrigenics continues to build on its pioneer research position in the field of ubiquitin-specific proteases by exploring their role in other areas of particular relevance, such as inflammation and virology.

Hybrigenics Services ,a fully-owned subsidiary, is the market leader in Yeast Two-Hybrid (Y2H) and related services to identify, validate and inhibit protein interactions for researchers in all areas of life sciences, using its ISO 9001-certified high-throughput Y2H screening platform, its sophisticated bioinformatics tools and extensive database, along with its chemical library and chemical screening platform. 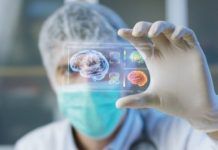 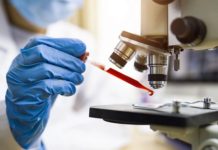 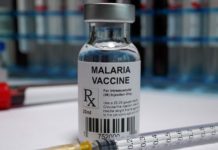