Using biological markers – genetic characteristics that are associated with some patients with breast cancer – can increase the success rate of clinical trials for breast cancer drugs by almost 50 per cent, says new research from the University of Toronto Mississauga.

“It’s been increasingly difficult for pharmaceutical companies to bring new drugs to market,” says Jayson Parker, a faculty member in the Department of Biology and medical biotechnology analyst at the University of Toronto. “On average, about 80 per cent of drugs fail at some point in the clinical trial process.”

“We found that only 14 per cent of drugs that undergo human testing for advanced and metastatic breast cancer are eventually approved,” says Parker. “This is worse than the average for the industry as a whole.”

According to Parker, some researchers have hypothesized that in the era of personalized medicine, biological markers, or biomarkers, could be used to improve clinical trial success rates and help bring more drugs to market faster. To test this hypothesis, Parker and his team examined the clinical trial success rates for drugs tested on breast cancer patients who have a particular biomarker (HER2). Biomarkers form part of the pathway involved in cancer cell development and can influence how a patient responds to therapy.

When the team compared clinical trials that targeted patients with the HER2 biomarker to those that did not, they found the success rate of drug development increased from 15 per cent to 23 per cent.

Improving the success rate of clinical trials also has an economic impact. Parker’s team found that using the HER2 biomarker in the design of clinical trials resulted in a cost savings of 27 per cent. “This can means millions of dollars in cost reduction for a clinical trial,” says Parker.

Although this finding may be limited to the HER2 biomarker in breast cancer, Parker says the results are encouraging. “This is the first study that has made a systematic comparison between patients with and without a biomarker,” he says. “It provides us with concrete initial evidence that the use of a biomarker can help improve clinical trial success rates in breast cancer. We are now exploring whether this finding holds true for other biomarkers in other cancers.”

Parker conducted the study with graduate students in the Master of Biotechnology program (MBiotech), Nadia Lushina and Prabjot Bal, along with an oncologist at Johns Hopkins Medical School, Dr. Gilberto Lopes and oncologists at Sunnybrook Health Sciences Centre, Dr. Rebecca Dent and Dr. Teresa Petrella. The paper was published in the journal Breast Cancer Research and Treatment. 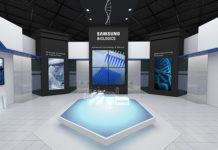 Over a year into the global pandemic, Samsung Biologics continues to leverage innovative virtual platform for remote audits and regulatory inspections 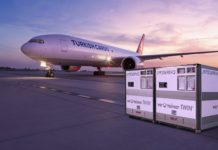 Australia recommends AstraZeneca COVID-19 vaccine only for people over 60 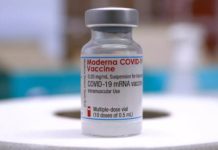 Over a year into the global pandemic, Samsung Biologics continues to...