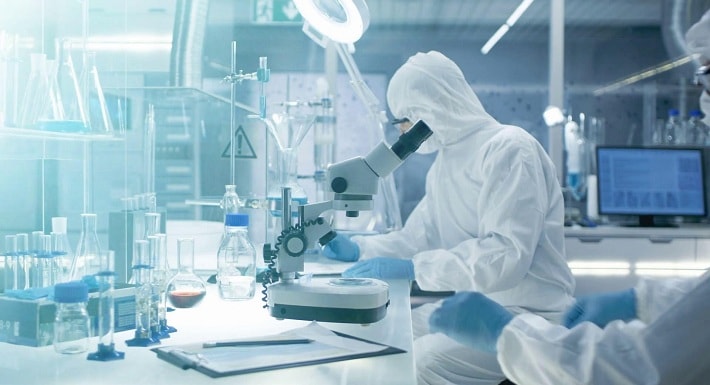 Science ignored the presence of the heavy hydrogen, deuterium (D) in living organisms for 60 years since its discovery by Harold C. Urey in the early 30’s, despite the fact, that the concentration of deuterium is 6-time higher than that of the normal blood calcium level.

Recently, the pharma industry recognized the potential in the strategic replacement of hydrogen atoms in therapeutics with deuterium, which can positively influence efficacy and side effect profiles of drugs. Replacement of hydrogen with deuterium in drug molecules can lead to significant alterations in their metabolism and thereby causes beneficial changes in the biological effects of drugs, such as their pharmacokinetics by decreasing their rate of metabolism allowing less frequent dosing.

Hungarian molecular biologist, Gábor Somlyai PhD, in the early ‘90s foremost started to investigate the physiological importance of naturally occurring deuterium, and published the anti-tumor effects of deuterium depletion in the FEBS Letters. Three decades of basic research confirmed the importance of deuterium in living organisms, revealing that the cellular and molecular processes are influenced, organized and harmonized on sub-molecular level. The ratio of the two hydrogen isotopes (Deuterium/Hydrogen) is a key signal, and the transfer of deuterium and hydrogen to different structural and functional molecules are essential for maintaining normal cellular functions, DNA and protein integrity.  Strategic exchange of deuterium found in water and organic molecules to hydrogen opens new ways in prevention and curation of not only tumorous but also metabolic diseases.

HYD LLC for Cancer Research and Drug Development and its mother company, HYD Pharma Inc. are focusing on the clinical development and registration of deuterium-depleted health products. The company has already generated over USD 20 M revenue by selling deuterium-depleted food products (Preventa®), veterinary anticancer (Vetera-DDW-25®) and raised almost USD 2 M VC funds to finance its drug development. HYD Pharma Inc. completed the first facility in the world that produces deuterium-depleted water (DDW) according to the GMP rules and will apply for ethical approval to start new Phase 2 clinical trials. DDW as an Active Pharmaceutical Ingredient is registered at the European Medicine Agency (EMA). HYD has already completed two prospective clinical studies with prostate cancer (published in Journal of Cancer Therapy) and with diabetic patients (published in Health Science). The company’s mission is to develop and register novel pharmaceutical and consumer products primarily for the treatment and prevention of tumorous and metabolic diseases.

HYD is planning to raise EUR 10 M from private equity or venture capital investors in exchange of newly issued equity representing an agreed minority ownership in HYD Pharma Inc. to speed up the registration process for its human anticancer drugs and product expansion in its existing and new markets.

HYD will take part in the BIO-EUROPE Conference in Vienna on 25-27 March 2019 to meet potential investors and pharma companies showing interest in its drug development.

HYD and its mother company HYD Pharma also plan to organize the 4th International Conference on Deuterium Depletion in 2019, inviting all scientists and medical doctors, who have contributed to the research and clinical application of deuterium depletion.

About HYD LLC.
HYD LLC. was established in 1993 for the development and worldwide marketing of drugs and consumer products, that utilize the proprietary procedure, deuterium depletion. Since 1993, the company has been pioneering in research and drug development related to deuterium depletion and was worldwide the first to investigate the biological role and physiological importance of naturally occurring deuterium. The company’s mission is to develop and register novel pharmaceutical and consumer products primarily for the treatment and prevention of tumorous diseases, and to open-up new ways of application of the method in further ranges of indication. The world’s first deuterium-depleted antitumor medicine, Vetera-DDW-25® for veterinary application, was registered in Hungary in 1999. In 2000, the company brought the Preventa® deuterium-depleted drinking water products to the market. In 2012, Primus Capital closed a USD 2 Million investment in HYD Pharma Inc. The investment was used for validation of research results, and for set up the deuterium-depleted water (DDW) producing facility according to the GMP rules.

About Deuterium/Hydrogen Ratio
The deuterium/hydrogen (D/H) mass ratio is the largest of stable isotopes of the same element, causing differences in physical and chemical behavior of the two isotopes. Based on the research and development that has been conducted by HYD LLC. since 1993, it is evident that deuterium has a key role in cell metabolism. It is suggested that cells are readily able to regulate their D/H ratios, while changes trigger distinct molecular phenotypes. Altered D/H ratios strongly regulate the expression of distinct genes and the activity of enzymes having key role in cell cycle regulation and also regulate various molecular mechanisms with downstream effects on metabolism.

In May 2015, the 3rd International Congress on Deuterium Depletion focused on the latest advances in the research and clinical application of deuterium depletion, its present and future role in anticancer research and oncotherapy, diabetes and neuroscience. All lectures and interviews with key-note speakers of the conference are available.

Results presented at the meeting clearly show that the D/H ratio in cellular water pools and the transfer of their deuterium content to different structural and functional molecules via reductive synthesis are essential for maintaining normal cellular functions, DNA and protein integrity.  Pharmaceutical manufacturing of deuterium-depleted nutritional products, including deuterium-depleted water, the proprietary procedure established by HYD LLC for Cancer Research and Drug Development has broad potentials to enhance the effectiveness of current oncotherapies, as well as to innovate new ones. 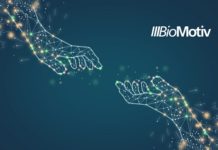 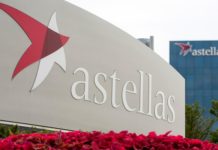 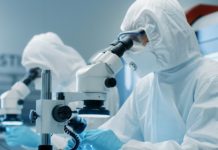